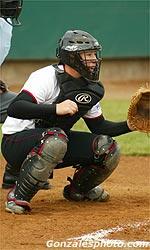 Born and raised in Sunnyvale, CA. My softball career started at the age of 8 and I continued to play until the age of 25.  I love the game and my goal is to pass on my passion and knowledge. 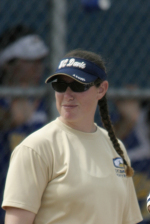 
"Rachel is a very good motivational coach. She was easy to play for because no matter how well or poorly I did I knew she was one of my biggest fans. I always wanted to work hard at practices because not only was I getting better but she really knew how to make it fun. She has a talent of making the hardest practices entertaining so that the love of the game is still maintained and not lost in the work. Not only was she a great coach but she really let me come out of my shell as a mentor. She gave me confidence to be who I am without regret and surround myself with good people."

"Rachel Sherman has not only been one of the best but also one of the most knowledge coaches I have had the privilege of playing for.  As an assistant coach at UC Davis, she helped me reach my full potential as an athlete. Whether it be with extra hitting to conditioning or even the mental game, Coach Rachel was always willing to go above and beyond for her players. She set attainable goals and did everything she could to help you reach them, on and off of the field."

"Talk about someone who has a true passion and love for the game. I was really blessed to of worked with Coach Rachel Sherman during my college career. She is extremely knowledgable in every aspect of the game and is truly committed to making her athletes great."

"In the two years that I played for Coach Sherman and then two additional years of coaching along side of her, I have learned so much about the game (physically and mentally). Her game knowledge is out of this world! The past four years she has pushed me to be a great player and an even better coach!"

"I have had the opportunity and the privilege to both play for and coach alongside Coach Sherman. As a player I couldn't have asked for a better coach. She helped me re-gain my confidence in all aspects of my game, and increased by batting average by nearly .100 points! As a coach I couldn't have asked for a better mentor. She taught me things about the game that I didn't even know were possible. She is great with the players and really gets to know them as individuals as well. Coach Sherman has changed my life in such a positive way, and I owe much of my success on the field to her."

"Rachel truly has the best interest of her athletes at heart. She is always supportive and understanding. Rachel provides the right amount of push and knowledge to keep her athletes excelling and loving the game of softball."